Oil Recruitment, the original name of Eleven Recruitment, was founded in 1998, in the same year as Google. Our parent company, Ashley & Dumville, was in coal and oil supply and publishing; becoming recruiters for the oil industry seemed a natural extension of our existing presence in the market.

A family of entrepreneurs

Sir Albert Smith, founder of our family business was born in Chowbent, Lancashire. His parents were crofters who lived in the heart of the coal mining area. He was ambitious from a young age; he had his eyes set on becoming a translator but instead became a bookkeeper in Trafford Park. Having grown up among the coalfields he saw an opportunity when Ashley and Dumville came up for auction.

The business had been selling coal and coke from horse drawn carriages since 1880. Albert developed it to be one the largest suppliers of coal in the Manchester area, going on to serve as Mayor of Stretford and being knighted by George VI in 1936.

The Second World War brought challenges to everybody and Sir Albert was no exception. First the company’s depot was razed to the ground during the Christmas Blitz of 1940 which destroyed so much of Manchester. The following day his son and heir, James, looked out of his compartment window to see the fires still burning at the ruined depot, as his regular train from Lytham St Anne’s rolled into Manchester. He was so devastated by what he saw, he suffered a heart attack and never fully recovered, dying not long after. Sir Albert himself was devastated by the twin tragedies and died the following year.

Sir Albert’s grandsons returned home to Manchester after respective wartime stints in POW camps in Thailand for young subaltern William, and the South Atlantic as a merchant Navy cadet for Jimmy. 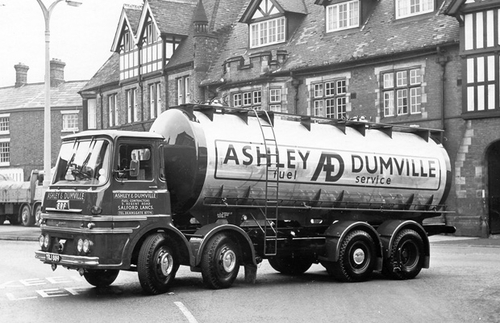 Diversification was needed if the business was to survive the changes bought on by post-war nationalisation and the company moved into industrial oil in the 1950s and domestic in the 1970s. Following William’s early death in 1977, Jimmy took over the business. He was keen to improve communication between suppliers and was inspired to publish a trade magazine, Fuel Oil News, which remains the voice of the oil distribution sector today and was the launchpad for our publishing division.

In 1997 Sir Albert's Great-Grandson, Nick, joined the family business at a time of declining sales for coal and fuel oil. He soon realised there was a real need for a specialist recruitment provider in the industry, and drawing on the company’s long experience and connections, he founded Oil Recruitment.

Fast forward two decades and the recruitment business has become a key part of our operation, with well established specialist teams in the commodity trading, lubricants and fuels sectors.

The changes brought about by the digital revolution in the last 20 years have been seismic for the recruitment industry. So, once again, in 2018, we repositioned ourselves to adapt to those changes and to better the reflect the range of sectors we serve. We believe that to engage with the candidates that are most sought after by our clients, we need to go well beyond digital techniques.

Our aim is to turn the dial up to eleven in our service to candidates and so, as a constant reminder, we chose our new name: Eleven Recruitment. We believe this is the future for our business and for you.